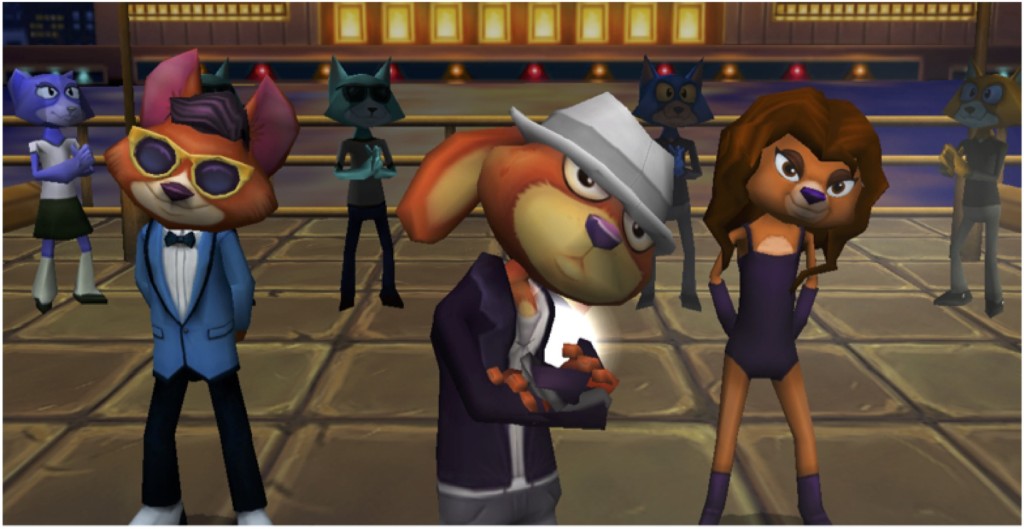 Hey, there party animals! We’re working hard on the next release of our game (which will be submitted to Apple this week). In the meantime, we are giving you a sneak peak of the new features and changes to the game. One of the frequent requests we get is for MORE dancers! So, for the first time, we are introducing a new dancer complete with his own song and dance routine. We’re not going to give you any more details about his name or what his dance style is, but you can see an image of him in this screen shot (he’s the lead dancer). His dance routine is really cool. And you’ll love the new music track. And he’s going to be a new GOLD dancer to fill out your collection.

So, what else are we adding to the game? Loads of new features. We’re implementing an easier chat system so players don’t have to spend any time typing. Just tap on a response and bam! You can taunt your opponent with one tap. We’ll be introducing a bunch of chat packs in the future so you’ll have lots of chatting options. We’re also introducing a new key system and “Daily Quests” as a way of earning keys. It’s a great addition to the game because now you’re presented with a checklist of fun things to do in order to win your key (and a special bonus prize) each and every day. We’ve also discontinued the special event arena that was only available once a week and introduced a new “Bling” arena where you can earn premium currency EVERY day for winning. Of course, you’ll have to earn keys to unlock that arena. And you earn keys by completing daily quests. See how that works? We’ve made a bunch of other changes to the game as well, but we’ll fill you in on our next post.