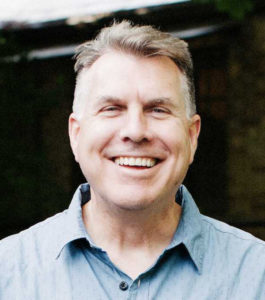 Craig Holland co-founded Freeze Tag in October 2005. Prior to founding Freeze Tag, Craig founded Thumbworks, a publisher of mobile gaming applications, in January 2002 and served as the CEO of Thumbworks from its formation until its acquisition by In-Fusio, a mobile game publisher and mobile entertainment platform provider in January 2005. As CEO of Thumbworks, Mr. Holland drove the organization’s strategic direction, overseeing carrier relations, business development and licensing initiatives which led to partnerships with some of the world’s leading brands such as Etch A Sketch®, Nickelodeon, Suzuki, Paramount Pictures, and Honda. Prior to founding Thumbworks, Mr. Holland founded Nine Dots, an interactive marketing firm in North America whose clients included a number of high profile consumer brands such as Nestle, Quaker Oats, Qualcomm and General Motors, in 1992. Mr. Holland served as the CEO of Nine Dots from its formation until its sale to CyberSight, a Canadian-based interactive marketing company, in September 2000. Mr. Holland holds an MBA with an emphasis in Marketing from the University of Southern California (USC) and a Bachelor of Arts in English Literature from the University of California at Los Angeles (UCLA). 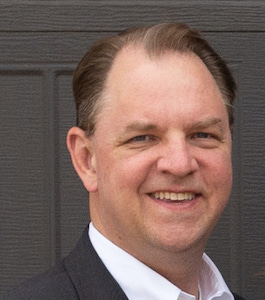 Mick Donahoo co-founded Freeze Tag in October 2005 and is currently the CFO / CTO in the company. With over 20 years of technology experience, he has produced more than 30 mobile and PC/Mac games. Prior to founding Freeze Tag, he led North American development for Thumbworks and following its acquisition by In-Fusio, he oversaw overseas engineering teams located in Taiwan, Thailand, India, Russia, and Korea. Prior to In-Fusio, Mick was a consulting executive at Ernst & Young, LLP in the Financial Services and Aerospace and Defense industries architecting and developing large-scale, three-tiered client/server applications. Mick holds a Bachelor of Science degree in Business and Management Information Systems from Brigham Young University. 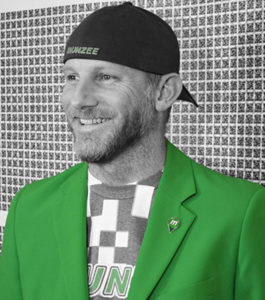 Robert Vardeman, Jr. is our President and a member of our Board of Directors, appointed to both positions on October 18, 2017 when Munzee merged with and into our corporation. From 2013-2017, Mr. Vardeman was the President of Munzee, Inc., providing the strategic direction of the company, ensuring that the general day-to-day operations were adequately executed. Mr. Vardeman was the visionary for Munzee’s suite of applications. He was also responsible for pushing the Munzee brand and spearheading its sales efforts. Before starting Munzee, Mr. Vardeman taught at Allen I.S.D. for 15 years, teaching mathematics for grades four through eight. Mr. Vardeman has a Bachelors in Elementary Education from Dallas Baptist University and a Masters in Administration and Supervision from the University of Phoenix. 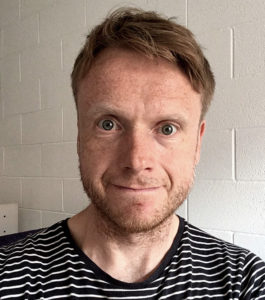 Andy Cameron works as the lead Illustrator and Graphic Designer for the WallaBee App. He has worked on WallaBee since the beginning in 2011 and also helped develop gameplay aspects of the game. He has a degree in Fine Art from University of Derby and has been an Illustrator for 15 years. He continues to work on WallaBee in a very positive and creative way with the Freeze Tag team. As a remote employee he lives in Derby in the United Kingdom with his family. 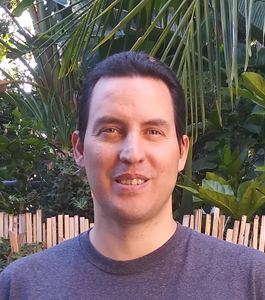 Rigo Cisneros is a Full Stack Web and Game Developer at Freeze Tag. He is responsible for keeping the Munzee and Wallabee games running smoothly as well as building out new server side features. He spends his days optimizing, maintaining, building game logic and API’s for our games. He has worked in both IT and software development for over 20 years at many large and small tech companies. Some companies like Qualcomm, GameSamba, and T-Mobile. He has also created lots of games, tools, and websites over the years for various companies and clients. 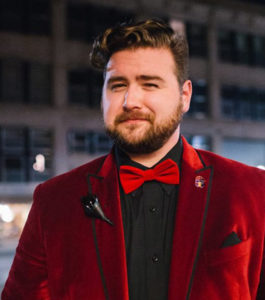 Dylan Derryberry works as a Creative Director across all brands, as well as the team lead for the mobile application Eventzee. His duties includes managing the worldwide release of campaigns, products and updates, bridging the gap between designers and developers, content creation, social media management and marketing, and client/partner relations among other things. He has worked for the Freeze Tag team, formerly Munzee, since June of 2014. Mr. Derryberry’s skillset stems from years of multimedia management as a journalist, particularly in writing, videography and graphic design. He graduated from the University of Kansas, where he holds a Bachelor Of Arts in Journalism. He lives with his wife, daughter, and their three dogs in his hometown of McKinney, Texas. 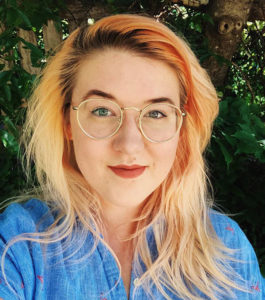 Wylie Derryberry does physical gameplay production for Freeze Tag including cutting stickers, preparing orders, and handling postage. She also works as an Eventzee Administrator and approves player photos for the game’s Weekend Warriors free photo scavenger hunt. Mrs. Derryberry is also a photographer and has frequently photographed official Munzee events like MHQ Bash and open houses. She lives with her husband in McKinney, Texas with their daughter and three dogs. 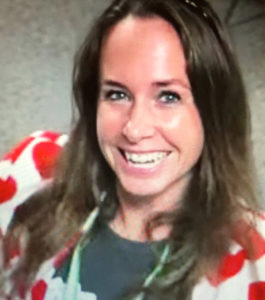 As Munzee Events Director, Louise Gibson runs all of the Munzee player events worldwide. Since stepping into the role in May 2015, she has personally handled more than 1,500 events. Ms. Gibson is a remote employee, based just outside London, England and has direct contact with the players. Ms. Gibson has a background in Sales (Account Manager for Diageo), holds a Bachelor of Science Degree in European Business Studies (University of Wales, Swansea) and is fluent in French. She is also a competitive road cyclist and races all over the world. 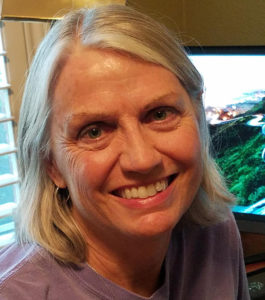 Sheryl Marusic is the bookkeeper for Freeze Tag, Inc. She maintains the accounting software in order to provide financial reports that show the financial position of the company. She and her husband live in Frisco, Texas. They have 8 adult children in different parts of the country. In their spare time, they like to travel and hike. 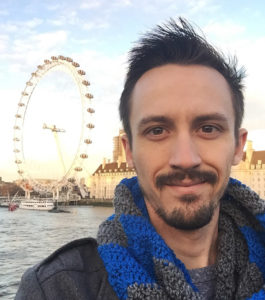 Robbie is the Product Manager for WallaBee. Since joining the team in 2016, Mr. McGuire has handled the day-to-day operations for WallaBee, including forecasting gameplay, player relations, volunteer management, player support, social media, graphics, and much more. With over 5 years experience in volunteer management and 7 years in customer service, Mr. McGuire has taken WallaBee’s community development to new heights with a team of player moderators at his side. Mr. McGuire holds a Bachelor of Arts in Christian Ministries from Biola University. 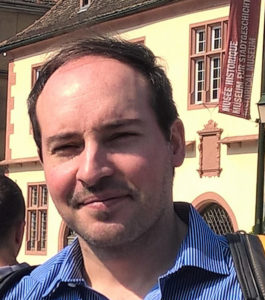 Guilherme Miguéis is Freeze Tag’s Lead Programmer and he is responsible for developing and maintaining the company’s code base for iOS, Android and Windows Phone mobile platforms, and Windows and Mac OS X desktop systems. He also is responsible for structuring and programming the games themselves. He has worked as the lead programmer on over a dozen titles using various programming languages such as C, C++, Objective-C, Java, Python, JavaScript and TCL; technologies such as DirectX and OpenGL, as well as multiple third party libraries to implement all the design features and requirements of Freeze Tag games. Mr. Miguéis has been programming computers since the Sinclair ZX Spectrum (how many of you know that computer?) at the age of 11 and has since followed the evolution of personal computing from the programmer’s perspective starting with the Commodore Amiga and flowing through to IBM compatible PCs, Palm OS handhelds and contemporary smartphone and tablet devices. He left his study of Architecture in college to fully dedicate his time to his main passion of software development and he has been working with Freeze Tag since 2007. 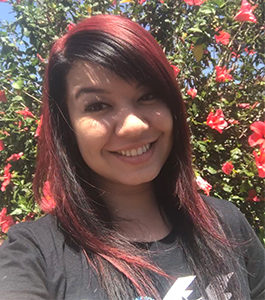 Mari Rann is a Product Manager across multiple projects, including Garfield GO, ZeeTours and more recently, Munzee. Since joining Freeze Tag in 2013, Mari has overseen the launch over a dozen mobile games. Her responsibilities mainly focus on managing the development and production of both current and future products, including gameplay, UI/UX design, quality assurance, social media marketing and customer support. She holds a Bachelor of Science in Computer Game Science from the University of California, Irvine. You may also see her at Munzee events in California, where she is known as one half of Freeze Tag’s cosplaying duo! 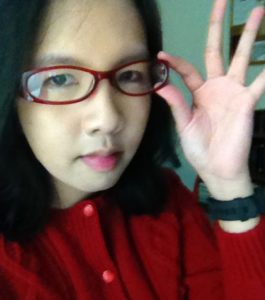 Tamara Sahagun is a Production Specialist mainly responsible for managing the daily operations of Garfield GO and ZeeTours. Her duties include handling the prize redemption process and adding new locations to Garfield GO, designing new tours and managing beta testers for ZeeTours, designing the events and attributes needed for analytics reporting for new apps, producing reports and analyses using the collected data, handling Customer Support for all Freeze Tag games produced before the Freeze Tag/Munzee merger, and assisting in QA testing. She has worked for Freeze Tag since June of 2015. She graduated from the University of California Irvine, where she holds a Bachelor of Science in Computer Game Science. You may see her at Munzee events in California, where she is known as one half of Freeze Tag’s cosplaying duo!